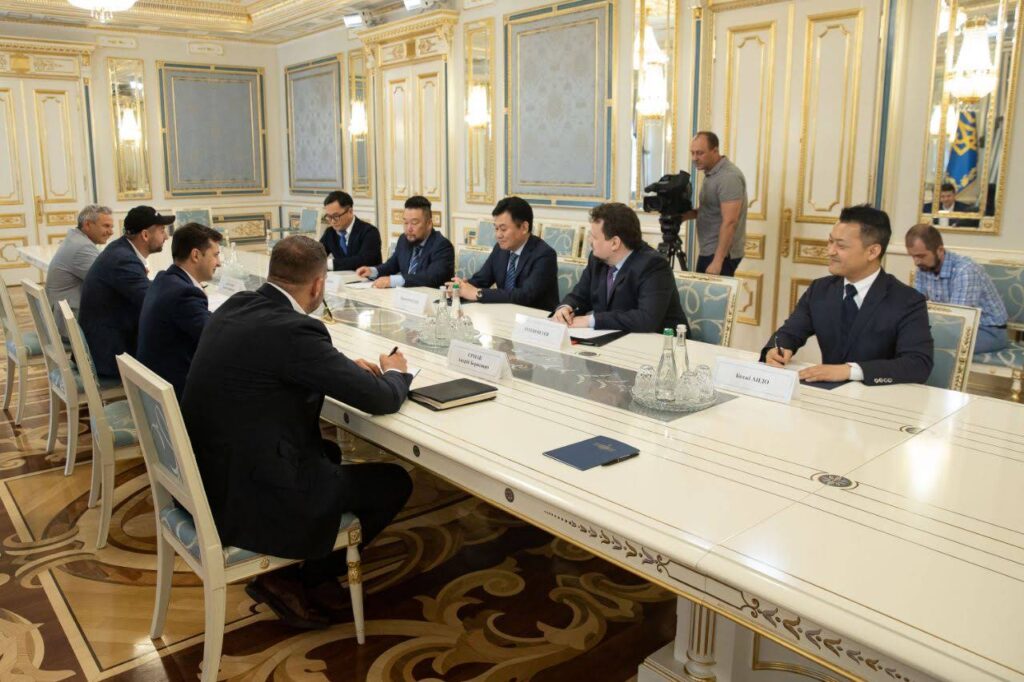 Congratulations, we have good news for you!

The Japanese company Rakuten is going to expand its presence in Ukraine and plans to open an R&D center in Kiev!
⠀
We endlessly respect Mr. Mikitani Hiroshi, the founder of Rakuten, for his magnificent intelligence and courage with dignity to fulfill these promises.
⠀
Last year, we were honored to organize a business meeting between President of Ukraine Volodymyr Zelensky and Rakuten CEO Mikitani Hiroshi. We remember with bated breath how clearly the goals of the two leaders coincided: Zelensky dreamed of a “State in a smartphone,” and Mikitani dreamed of implementing a global IT strategy.
⠀
Unfortunately, we do not have the right to disclose all the details. We can only say that during the meeting Mikitani promised something. He said: "We will open an office in Kiev."
⠀
Amazingly, in just six months he managed to turn words into reality. Mikitani Hiroshi is an extremely busy person who spends a lot of time traveling, but this did not stop him from fulfilling his promise.
⠀
We, the Join Japan team, in turn, are ready to make every effort to serve the benefit of our customers in the future❗️
⠀
Yes, long live Rakuten!