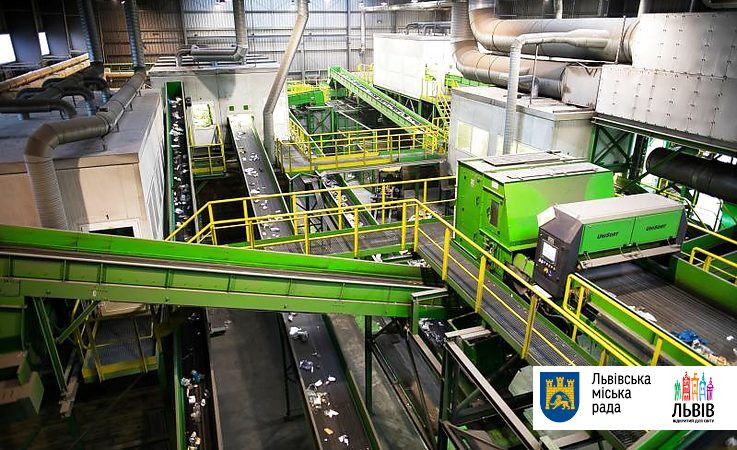 One of the most important tasks of each state is competent recycling of waste. For example, in Tokyo, to draw attention to the huge amount of human waste and related problems, even opened a cafe "Yama Gomi" where you can see how garbage is processed right outside the windows.
⠀
Today, Ukraine is also actively engaged in the issue of waste processing. According to Join Japan, the largest international financial investor in Ukraine - the European Bank for Reconstruction and Development (EBRD) will help to build a modern waste recycling plant in Lviv before the end of 2021.
⠀
What do the EBRD and the authorities of Lviv say?
⠀
Lviv Mayor Andrei Sadovoy notes, “The city is extremely interested in implementing the project: Lviv is forced to spend about 1 million UAH per day on garbage collection in connection with the closure of the landfill in Gribovichi.”
⠀
Join Japan learned that in the summer of 2018, the EBRD introduced a funding package of 35 million EUR. Additional contributions from the Eastern European Partnership on Energy Efficiency and Environment (E5P), the EU and the Clean Technology Fund (CTF) are also provided - a representative of the Climate Investment Funds.
⠀
The funds are used for: rehabilitation of the landfill in Gribovichi, construction of a waste processing complex and a new landfill, as well as to support the National Strategy for Waste Management in Ukraine.
⠀
According to Mark Magaletsky, EBRD Deputy Director for Ukraine, “The Green Cities Project is an ideological program that helps cities to take a comprehensive look at environmental problems in the city and issues that unite the population, local authorities and business. The municipal solid waste management project in Lviv is precisely the investment project that will help to comprehensively solve the existing garbage problem in the city.”
⠀
In addition, the EBRD and Sweden are starting to provide information program under the Lviv Solid Waste Management Project. Information can be obtained not only by Lviv residents, but also by interested residents of Ukraine.
⠀
The Join Japan team cooperates with many Japanese investors and companies. Next year, a new solid waste recycling plant is also planned to be built in the Dnipropetrovsk region with the support of investors from Japan.