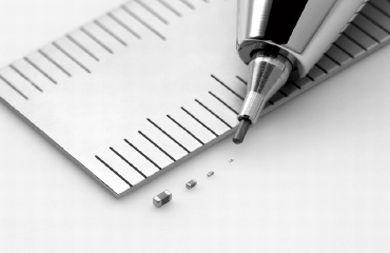 Electric capacitors are used in the manufacturing of household appliances all over the world.
⠀
There are also capacitors that are used in smartphones and are called “multilayer ceramic capacitors”. Murata has a fairly large share in the production of such capacitors for smartphones - their market share is more than 40%.
⠀
One smartphone uses of 800 to 1000 multilayer ceramic capacitors. This is a very important and difficult part in production.
⠀
Many smartphone users complain that their devices are running out of power quickly. And as a solution to this issue, Murata Manufacturing introduced a multilayer ceramic capacitor with a size one fifth smaller than conventional capacitors at the end of last year. It would seem like this is possible? But such an ultra-compact invention will be used in new-generation smartphones.
⠀
Murata Manufacturing produces all the raw materials and necessary parts independently, and this makes it a leader among other similar companies.
⠀
The success of the company in reducing the size of the capacitor has become a widely debated topic among investors, and stock prices continue to rise. Join Japan is looking forward to continued success Murata Manufacturing.